Addressing driver shortages in the UK and beyond: the role of real-time visibility

The UK is currently dealing with a serious shortage of truck drivers, with the deficit estimated to be around 65,000 heavy goods vehicle (HGV) drivers. However, it’s not alone. It’s widely predicted that global commercial truck driver shortages will continue to soar throughout 2021.

In the US, the deficit is around 61,000 drivers, having increased by nearly 20% over the past 4 years. What’s more concerning is that these trends show no signs of slowing. A survey carried out between October 2020 and January 2021 by the International Road Transport Union suggests that the global shortage is indeed serious and expected to worsen. Across Eurasia, the survey found that 20% of driver positions were not filled. Plus, European companies are expecting a 17% shortfall in drivers this year, alongside 18% in Mexico, 20% in Turkey and 24% in Russia and as much as one third in Uzbekistan.

The cause of the UK’s shortage has been described as a ‘perfect storm’ of Brexit, Covid and a lack of interest in truck driving as a career by younger generations of workers. In the UK, the average age of a truck driver is 55 years old and many are retiring. Others decided to pursue other careers. In fact, over the past decade, about 150,000 of new HGV drivers under the age of 40, who had completed training, subsequently left truck driving in pursuit of an alternative career.

Then along came Covid and made everything harder. During the first nationwide lockdown, some drivers, who found themselves with less work and an uncertain future, decided to retire early or pursue alternative careers. The suspension of driver training for significant periods of the year meant that only 15,000 candidates were able to complete certifications, down from 25,000 the year before. With more than 1 million new drivers predicted to be needed over the next decade, it seems impossible that supply will ever catch up with demand.

In more recent months, the country’s mobile covid contact tracing functionality within the National Health Service app led to a huge number of key workers, including truck drivers, being alerted to potential covid exposure. They were then required to isolate at home for 10 days, further constricting driver supply.

Brexit has also squeezed the driver market, having driven a number of non-British workers back to their home countries across the EU. So far the government has rejected calls from haulers to give overseas drivers temporary visas to help plug the gap with ‘cheaper labour’, encouraging employers to invest in the domestic workforce instead. The driver shortage is exacerbated by additional time now required for customs clearance with the EU. The government decided to relax rules limiting trucker hours per day, from 9 to 10, to try to alleviate some of these issues. But the industry fears this will have little effect and threatens driver safety.

What is the impact?

Ultimately, the driver shortage is driving up supply chain costs and ripple effects are being felt throughout the UK economy. Prices for same-day deliveries have gone up by as much as 30% due to the constrained supply of vehicles. Delays in the availability of haulers can mean additional storage space is required for goods awaiting collection.

It also means empty shelves in stores, including some of the country’s biggest supermarkets, who are seeing gaps in their offerings due to goods not arriving on time. Consumers are being urged to be patient and avoid buying more than they need at any one time. Meanwhile fresh fruit, vegetables and milk are going to waste due to cancelled or delayed deliveries.

It’s feared these product shortages are likely to continue for several months, with August being a pinch point as many workers take well-deserved summer breaks after having worked flat out since the start of the pandemic.

How can technology help?

Of course, over the longer term, autonomous vehicles equipped with technologies such as radars, cameras, sensors, 3D mapping and laser detection, will redefine the road transportation landscape. However, even then, it’s still unclear what role humans will play in supporting these operations, such as navigation or safety supervision for instance. In any case, for the short- to medium term, the driver shortage can only be addressed by increasing the supply of drivers. To do this, the job of a truck driver in the UK ultimately needs to become more attractive. Either pay will need to increase for domestic workers or the government will need to reconsider issuing visas.

Perhaps the job of a truck driver needs to be adapted to a new generation of younger drivers, rather than trying to fit new drivers into an older generation’s trucking model. For example, by incorporating more advanced technologies into trucks and arming drivers with more sophisticated tools, younger ‘millennial’ drivers, who are increasingly familiar with technologies like automation and self-service, may become more interested.

The use of real-time visibility platforms and mobile technology, such as Shippeo’s mobile app, can help reduce complex and manual work, by facilitating the sharing of data between supply chain actors and their systems. For example, integrations with a carrier TMS make it possible to prepopulate POD and CMR forms digitally on the app, while taking advantage of sign-on-glass functionality to avoid the use of paper forms.

By scanning barcodes on goods and packaging, the app can also be used for paperless inventory management, making the administrative component of driving less burdensome and allowing drivers to spend more time on the roads. Combining this ‘granular visibility’ of parcels and packages with Shippeo’s ability to track LTL shipments precisely can help ensure truck capacity is fully used, while at the same time creating collaborative opportunities for shippers to share capacities, especially on return legs.

Real-time location data of trucks enables much more automation throughout the rest of the supply chain ecosystem as well. For example, Shippeo’s dock scheduling solution streamlines dock operations to save drivers time, allowing them to be more productive during each shift. By dynamically updating slot bookings based on real-time ETAs, driver wait times at delivery sites can be reduced.

The ability to automate processes and collect objective real-time data across all supply chain transportation makes it possible to optimize operations, to maximize efficiency and minimize cost. Driver hours are more precious than ever and real-time visibility can help to ensure shippers, logistics service providers and carriers make them count.

To learn more about real-time visibility and Shippeo’s range of transportation visibility-focused products and services, don’t hesitate to get in touch with one of our specialists. You can discover more about the value of visibility solutions in our guide ‘Industry Guide to Return on Investment for Real-time Transportation Visibility Solutions’. 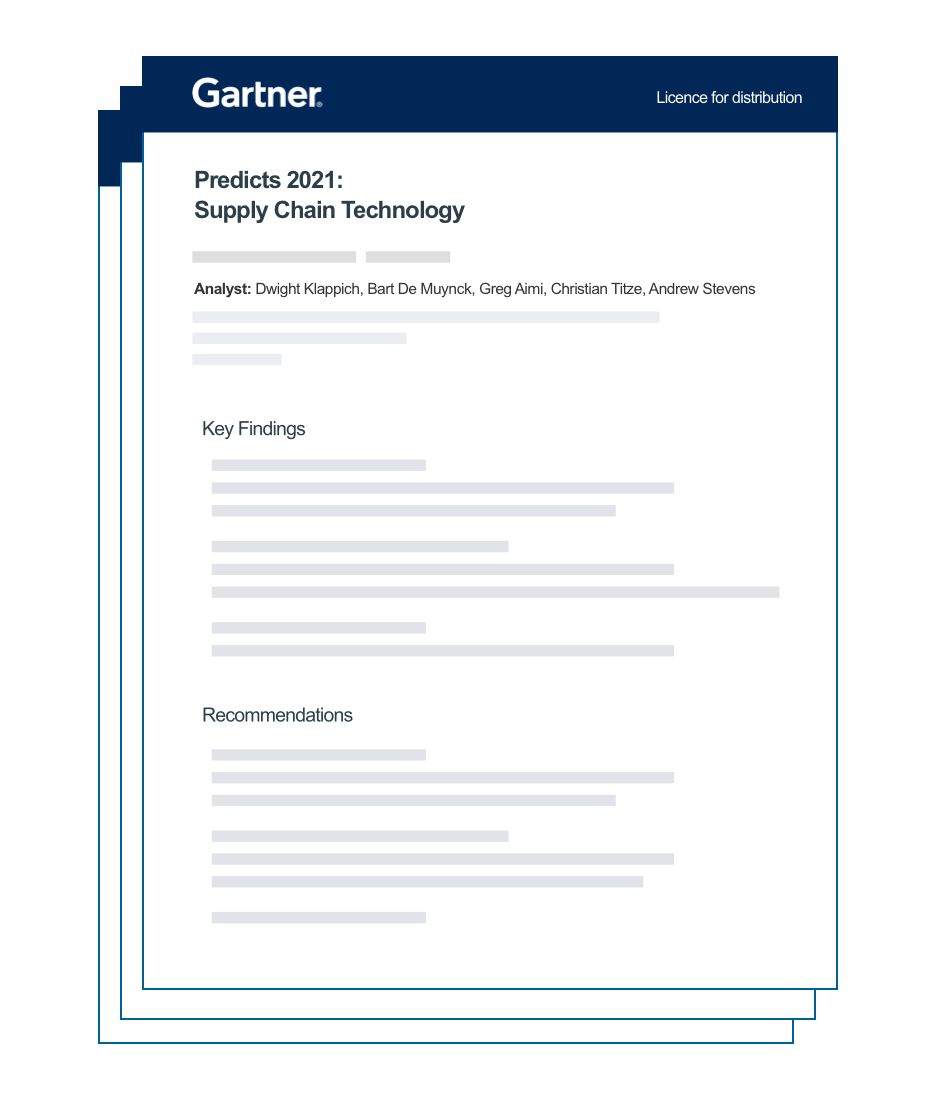 Get the latest news and resources